TMIT: HAROLD AND THE PURPLE CRAYON 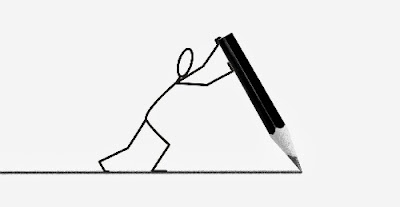 1. Friends=____
Reunion. but i want more. when i first heard of this i was sold there would be an actual revival series. you know with new episodes? not just a lame reunion show where everyone sits around a big couch eating teacakes reminiscing why Brad Pitt was the only one of their group to make it big.
and after that let's do the Seinfeld and Wings reboots...
2. i'm done with ____
bitcoin. all my Instagram friends are bitcoin, i want REAL friends!!!
3. i'm ready for ____
this lockdown to continue for the rest of our lives
4. the oldest ____ i have is ____
the oldest advice i have is from Falkor:
Falkor: never give up and good luck will find you.
that has kept me from visiting the enchanted realms once or twice
5. take some ____, mix it all together and you have ____
take some Vanquish, mix it all together and you have Advil gel. i carry a mortar and pestle in my pocket and yes i am happy to see you.
BONUS: tonight i am looking forward to ____ and tomorrow i really want to ____
tonight i am looking forward to veggie cheeseburger on ciabatta, no tomatoes and four-cheese tortellini with extra tomatoes, one heated with a lightsaber, the other with photon torpedoes. how do you pronounce tomato? the same way you pronounce potato. we can't call the whole thing off, we ain't Bill Gates! we said forever, Nine Inch Nails "Ringfinger" and all that...
tomorrow i really want to FUCK!!!

CLICK HERE FOR TMI TUESDAY
Posted by the late phoenix at 8:46 PM

hehe, play TMIT with us, Bathwater, you can submit your own questions!

That is a show I just could never get into or relate.

3. Honestly, the air was cleaner, traffic was non-existent. So...

3. after my second jab i'm getting my passport. just need to take my old-timey smoke-camera photo at the DMV. or was it the Post Office. or was it CVS.

5. the band Mod Podge only had one hit: "I Ate Mod Podge And I Blacked Out"

BONUS: Peaky Blinders? when we fuck you'll be floating on a cloud...

Hedone: try Wings, everyone forgets about the show Wings.

2. not after what Elon said on SNL, wink wink

thank you for your friendship through the years, Hedone, it's tough to stay afloat in these times