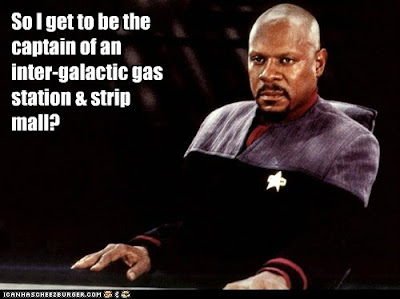 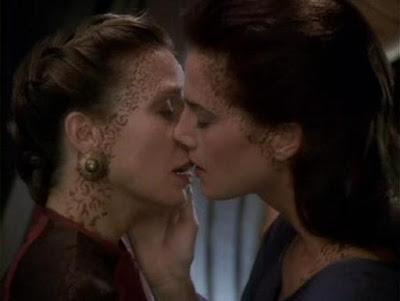 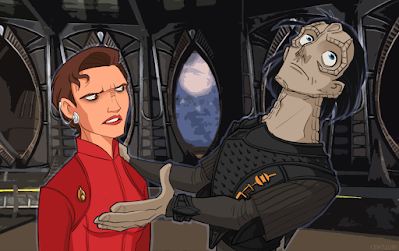 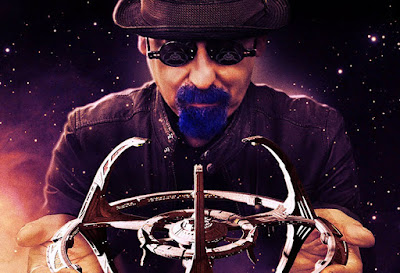 TMIT: LET'S DO THIS, LUCY. MOVE THE BEDS TOGETHER. 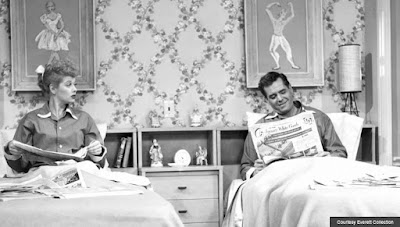 didn't know it at the time but watching I Love Lucy led me to Karnov...
HEY! NEVER TAKE WIMBLEDON FOR GRANTED AGAIN!!! right? the fact that it EXISTS, that i'm watching it on my screen right now at this time, is a blessing. how did i live before witnessing that funky Madison Brengle serve?
1. what's the most stressful thing in your life right now?
finishing my movie. nobody wants to do it. don't blame them, it's for free. time is money. lookin like i'm gonna have to take on all the parts myself and turn this thing into one giant filmed monologue.
2. true or false: the best way to get over an ex is to get under someone new:
dunno but that is FABULOUS WORDPLAY. sure of course it is. problem is i only seem to take a fancy to married women. it's like if you're single and available you're uninteresting to me. the thrill of the hunt is gonna get me killed.
3. is rebound sex empowering or does it leave you feeling lonelier?
you're gonna be lonely anyway so you might as well get the 5-minute reprieve and feeling of ecstasy from the orgasm. WARNING: does not work if you're fucking Sonic the Hedgehog
4. would you rather watch porn every night forever or never watch porn again?
i want to DIRECT. direct porn. i want to write it. in case the whole legitimate filmmaking thing doesn't work out. i'm still in it, i'm still in the game, i'm still dreaming of doing a porn that combines the filthiest of sex scenes with the epic grandeur, expansive cinematography, and flowery dialogue of Gone With The Wind.
5. would you rather go to bed alone forever or share a bed with someone forever?
it doesn't matter. whatever i do i will be depressed. the depression will never leave me. i could win an Oscar, be depressed the next day. i could finally go on a Wimbledon date, an SNL date!!! the depression would be there to greet me next morning. i could marry Sasha Grey, Maiara Walsh, or Jillian Clare, be depressed the night after the honeymoon. i don't care what they say, life is not meant to be lived alone. humans are social creatures even if you're a loner who listens to Nine Inch Nails. your overpriced oceanside Miami Reiki-ist empath with the crystals by the seashore is WRONG. you're supposed to find happiness within, inner tranquility, you're not supposed to need anyone to find happiness. you can go it alone, be happy alone. in fact that's the perfect happiness, the most stable happiness. i'm here to tell you that that is impossible. you need someone. everyone needs someone.
BONUS: would you rather your mom or your ex set up and run your dating apps?
i want my mom arranging my sex encounters, she has a knack for picking out just the right mattress, the most comfy mattress. she promised me she wouldn't go back to the MyPillow Guy.
i want my ex handling all the personality quizzes. for a match we must do two things: see a local production of Fiddler On The Roof, and do Noom together.
and i want my priest weeding out all that sticky religion stuff. weeding out for the wedding. my priest in the Confessional booth used black magic to divine that my soul mate would be an atheist...
CLICK HERE FOR TMI TUESDAY
Posted by the late phoenix at 1:18 PM 2 comments:

THE DISNEY SONG IS THE LITTLE MERMAID SONG 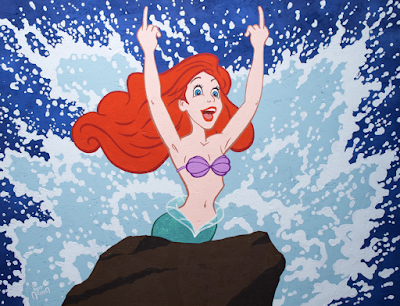 notes:
* Dirg: Dupixent. the stranger man is the one who gives the bus boy his lunch before the bus leaves but the boy just thanks his dad not the stranger. rude!
* Ricobene's: where Rico Suave lives now
* Boc: yeah Cadbury Caramello instead of Hydro Mousse on the lawn courts?!!! that ain't gonna get it done, that's gonna be sticky stuff.
* bald man: notice anything different about me?
seductress: we're at Little Caesars!
bald man: no the gold limo. there has never been a gold limo until now. this is the '70s. you don't have to wear gloves there's no covid yet.
seductress: these red leather gloves? for S&M which i invented tonight.
robot driver: i am WAY ahead of my time...
* Doug: today i learned that Limu stands for Liberty Mutual.
Limu: you think you got bird legs? if i skip leg day i literally won't be able to run from the Red Bull saber-toothed tiger and will die. and Big Bird will tar and feather me.
customer on treadmill: can we talk work? it's the week.
* McDonalds: why did Wendys get the Rick and Morty contract?!!! if i was in the 7th grade now this would be the most important show of my life, my cultural touchstone, my Smurfs, i would learn about life and the greater world from this show, i would die to get on that spaceship with Doc and Marty.
Wendys: haha.
McDonalds: fuck you Wendys! we got Luca.
Wendys: Luca sucks! it's just Little Mermaid for boys!!! go back to your whiteboard and your strangely misspelled words.
McDonalds: GET ME LILY!!!
* Lily: lemme get a new whiteboard...
customer on couch: you just need a dry-eraser...
* IHOP: everyone could use a pancake.........probably shouldn't start with the whole Red White and Blue pancakes thing again and divide the country further...
* Wanda Sykes: now girl you know i love seeing another sister succeed but you're starting to take MY jobs, queen.
Tiffany Haddish: what it's just me playing you in a fro wig. i mean it's really us vs. Brie Larson.
* Jo Firestone: sorry fans and hardcorers, i'm as indie as they come but even I work for Disney now.
Joe Pera: i love playing Goofy at Disneyland, i don't have to talk to nobody!!!
* Chris Pratt: Kenan Thompson?
Kenan: i'm here to save the world. i'm an action star now.
Pratt: no you're fat. i feel you, people still think i'm fat but this is all muscle. long story or short story?
Kenan: get to the punchline.
* Jamie: Flo this isn't for you!!! the cat's a diva like me, that's why i have no friends. i'm jealous of these animals. if i had been in the marching band in high school i would have gone to the prom and become a real adult, you know someone who has real insurance, AAA insurance.
* - honey, get more in the center frame for the picture.
- why are you so obsessed on having me in a picture with lightning in the background? you want to make it seem i got struck with lightning?
* gardener with Hydro Mousse: why's this bitch towing her own house?
woman: remember that Geico commercial with the dad and son turtles? i'm just being the human version of those turtles.
* Washed Out: hi my babies, Washed Out here. watch my music video for "Amor Fati". learn how to live your life. this stuff doesn't get taught in schools. except by N but we won't mention him. the young-man Campbellian epic hero wasn't flicking off the horses, he was pointing his cameraphone at them. be roommates with Harg Nallin' Sclopio Peepio now a Hanes model. you can tell from that blue sign that this is Denmark, we're ALL gonna win it for Christian Eriksen. fall in love with the first counter girl who smiles at you, sit in room-temperature water in a tub with said girl, don't have sex with her, just be in a tub with her. steal her soap. live the Skins life in real life, neon flats at night. leave the sheep-chasing to Federer and Djokovic. only drink Mean Bean. remember, that ain't beef jerky that old geezer biker is giving you, that's his heart. it's tender and gamey. wake up in a stranger's bed, the red stuffed animal means he's an otaku so it's okay. when you're drunk, everywhere is Iceland. Frosted Mini Wheats is a complete meal. celebrate like David Foster Wallace but not all the way. notice at the end he disappears in the mist like he never lived, like he never existed at all.
CLICK HERE AND BROWSE LIKE A BIG MAC BACK
happy weekend, my babies
TOMORROW: the return of the McDonalds that was run into and its glorious doors opening again! i wonder what's inside!!! oil paintings for sure......of ferns or something. they gotta have the McRib to celebrate this, right? McRib and Holiday Pie for the 4th!!!
Posted by the late phoenix at 2:44 PM No comments:

TWELVE TONES OF FREEDOM: OUR HISTORY 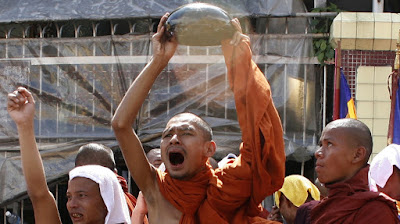 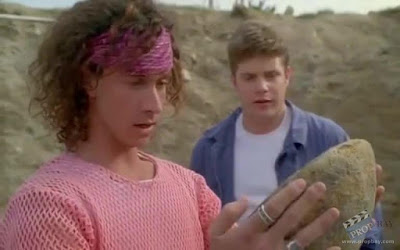 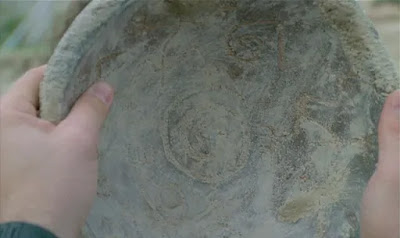 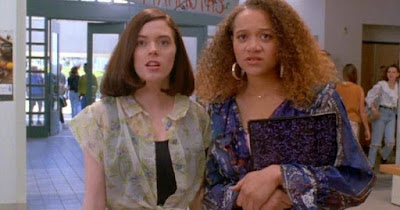