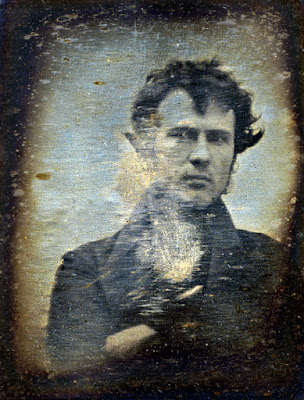 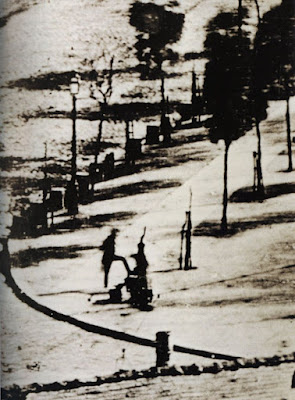 actually above is two contenders for the first-ever photograph.
notes:
* Emu Wedding
Pastor Doug: no Kevin no, not today.
Kevin: call me Satan.
* Lowe's Spring Fest
man: we came here to buy guns? YES!!!
woman: no, a grass gun.
man: *with a dejected face* oh.
* Home Depot Spring
woman: look at all these beautiful annuals!!!
man: annuals don't mean they grow forever all year, it means they are flowers that don't grow AT ALL the whole year...
* Coca Cola
girl with ring light: DAD!!! i'm trying to TikTok dance here!!! you know my order. and get mom who's doing all of our laundries OUT of my room!!!
Dad: why do you have a smile on your face? didn't the UberEats driver interrupt your TikTok dance?
girl: yes but he was cute. and he had a motorcycle. he told me the food and the Coca Cola were free if i danced for him...
* Taco Bell
girl: we're in a time loop.
other girl: yes, everyone is.
girl: i should have the Jem hair not you but whatever anyway i think with the White Hot Ranch Nacho Fries we can rightly say that we're in Deja Chew.
other girl: that's lame. hey is one of these trays of White Hot Ranch Nacho Fries enough? or do i need to order two more tacos?...
* American Express NBA jerseys
crying man: my favorite jersey is Kyrie Irving. now i have to trade my jersey and buy a new one. no, he didn't get traded, he didn't switch teams, he just refused to play...
*  Macy's
girl: i got my style from my mom.
mom: and i got my style from MY mom.
grandma: and i got my style from MY mom!!! mom mom. great-grandma thrice removed.
great grandma: and you all got your style from ME!!!!!!!!!
Madonna: and you all got your style from ME!!!!!!!!!! all you bitches owe me. even that old biddy over there. hey i'm just trying to teach the youth pop-culture history with my Instagram posts before it's too late...
* everyone working behind the Wendy's counter in their curiously symbolic red shirts sing the Biggie Bag Song.
singers: "you got that bag, you got that Biggie Bag"
woman: is that a real song?
Jamie from Progressive: yes. we're trying to quickly make it into an NFT inb4 Boyz II Men sues us.
* Roger Federer: the clay season is slow. it's the slowest season.........these clay tennis matches are slow, boring, dry, and tough to watch. i'd rather visit Boris Becker in prison.
Sabalenka: why the fuck haven't i won a Major yet?...
* girl at the DeSantis Disney signing: look at my face. i am depressed. i am NOT happy. i am glum. i am the dwarf named Sad.
* The Charisma Myth: one letter ain't gonna do it.........you need two letters.
Jesus: i had the most charisma out of everyone...
* Jillian Clare: i'm pissed that i'm single and my best friend Monica Lewinsky is married. Monica Lewinsky remarried. do you know how awkward it's gonna be trapsing around New York City with her on night jaunts when we look at each other across the stage and across the table?
* cat familiars: so this new Friskies Glaz'd & Infuz'd is supposed to make you high?
Friskies: ALL cat food is designed to make cats high.
Matthew McConaughey: ...
Richard Linklater: ...
* Bone Thugs N Harmony: we were Cleveland. we were all Cleveland had. LeBron came WAY later.
* Pier Angeli at the pier by the Ferris wheel at golden hour: i fit in more life than you tho my life was shorter. James Dean crashed my wedding. did James Dean crash YOUR wedding, too? i got married on a Wednesday. who gets married on a Wednesday?!!! i know it was Valentine's Day but still...
* Wild At Heart snakeskin jacket: where was i in Honeymoon In Vegas?
* Elon Musk: in order for the world to be saved, i MUST become the richest person who ever lived in history...
* Church of the Master Angels: we are not a cult. i know, we REALLY sound like a cult. we REALLY have a cult name. but we are not a cult.
* Pure Leaf iced tea: pour some sugar with us. not on us. not in us...
* Flipper the Dolphin: hey Putin.........no.
* Doryce: have you ever had Top Ramen before?
Takahashi: yes.
Doryce: Top Ramen with NO flavor powder, just the plain noodles in hot water.
Takahashi: ...
* me: when i look into the bright blue eyes of Jen Pizarro, she ceases to be a woman. another woman. it is at that moment i remember. she becomes my heart. my soul. my person.
CLICK HERE TO DATE YOUR BEST FRIEND'S MOM
happy weekend, my babies
TOMORROW: those White Hot Ranch Nacho Fries got me. it's gonna be Taco Bell again twice-in-a-row back-to-back-weeks. but do i drive a longer distance and go through the drivethru or drive a shorter distance get out and walk to the Taco Bell? it's a nacho cheese conundrum.
Posted by the late phoenix at 4:00 PM No comments: 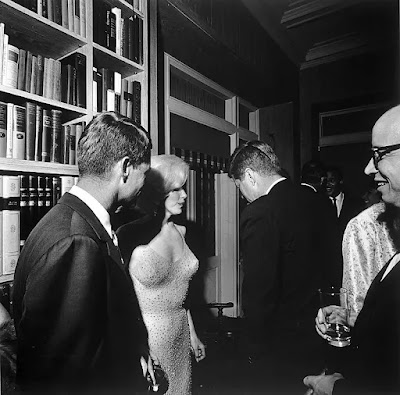 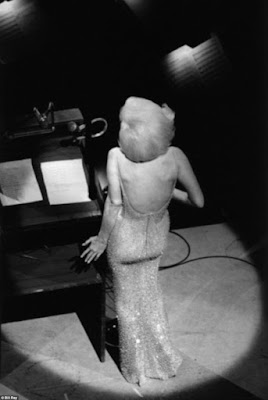 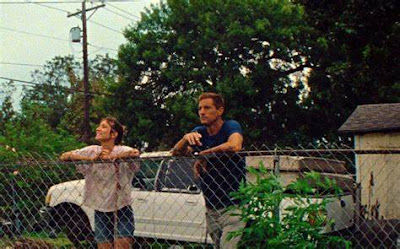 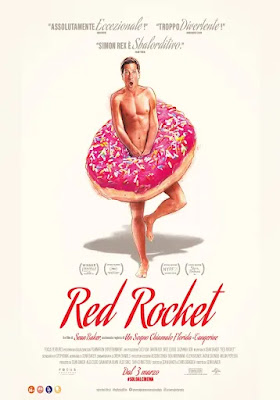 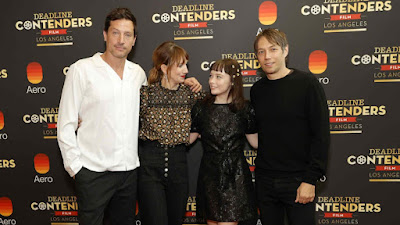 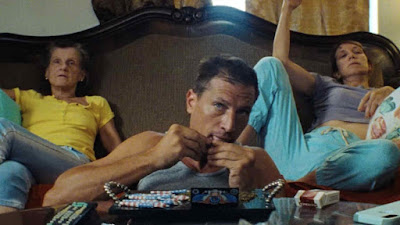 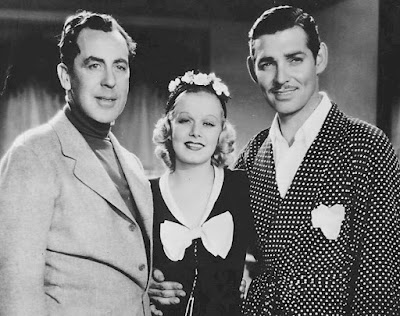 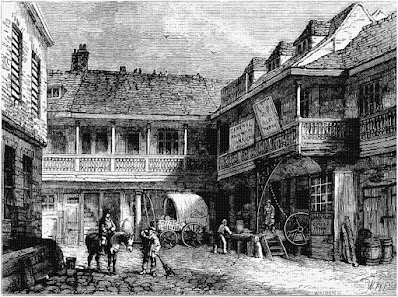 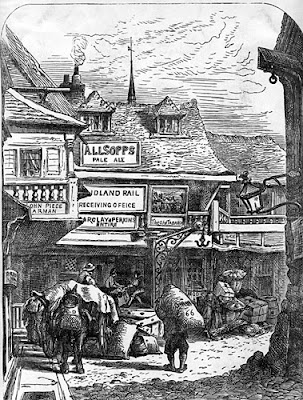 notes:
* look at that photo up there, that is Jean Harlow literally MINUTES away from her collapsing and dying. her final photo. it's spooky and macabre and makes you think about life.
* Jean Harlow: i was a natural blonde but i wanted MORE!!! so i invented platinum blondes. i died at age 26 of kidney failure. KIDNEY FAILURE?!!! AT AGE 26?!!! what the FUCK was i drinking?!!! nuclear bomb juice?!!!

* Pasolini at The Tabard Inn above: my movie The Canterbury Tales is the serious version of Monty Python and the Holy Grail...
* Tezspire: we simply couldn't afford actors for the commercial. so we 3DCGI-animated everyone and everything. this is the future...
* Mlem, Blep, and Greykid the cat familiars to Jennifer Aniston: girl, you need kids, a 50-year-old woman with 3 dogs in her bed is not a good look.
* Fred Armisen: Nat, you tell your trainer Joe Holder you love him? but not me?
Natasha Lyonne: Freddie Freddie Freddie.........you can only fake the funk for so long.
* Elliott Smith: Smog Cutter, not a place to get your engine smog-certified so it's legal for you to drive a car in L.A....
* Charlotte Bronte: i never wrote a small book. but i DID write a tiny book...
* Bill Murray in the Carrie Fisher SNL episode: get this thirsty girl a cocktail glass of water. this is the '70s, she really is thirsty, she's not sexually desperate.
Carrie Fisher: knock on wood.
Bill Murray: hold my penis when you say that. to convince me to invest in mutual funds. i got a Pinocchio penis.
* Carrie Fisher: back then in 1978 during the Goodnights, i kissed the entire cast on the mouth.
John Belushi: sadly, not even the magic kiss of Princess Leia herself could save me...
* Nic Cage: why'd i carve myself out a Batcave by tunneling the mountains near my mansion with red TNT stick explosives?
George Clooney: don't do it, man...
Nic Cage: easy. Nic Cage=Nic Cave.
* Gilroy Garlic Festival: we can't let the terrorists win!!!
Huell Howser: i went to the last one last year. that drivethru was cool, but you can only drive your truck through the park to get the calamari. they drop the spaghetti on your head in the dark for security reasons. and no more garlic ice cream, everyone thought that was disgusting. i need me one of those GIANT steel festival pans so i can cook sauces and create a bonfire in my own kitchen.
* Rachel Nichols: Malika Andrews tried to smile at me at the ESPN Christmas party but i ran away down the stairs before i gave her the satisfaction. all i know is she's dating the Greek Freak...
* sateen: the sheets so soft you'll swear you're sleeping on butter.
Satan: ...
* old man: LOOK AT THIS LAMP!!! i can't believe i FOUND it again from my college days!!!
Jill Remez: i mean it's not a leg lamp but we need to talk. combining our things is a CRUCIAL step for any couple. i thought i could pick em. you are kind, considerate, a Democrat which surprised me, and you mow the lawn and mow MY lawn. but i cannot ABIDE a lamp that looks like a silly dog!!!
old man: but honey it's a cute pug.
Jill Remez: i need it to be a cute pitbull, i know Jack Bauer.
old man: aren't you glad i gradated University?
Jill Remez: what's with the tassel as the on/off switch and the pirate coat on the dog?
olf man: i met you at the strip club, remember? my favorite anime of all time is Fena: Pirate Princess.
Jill Remez: Miss Piggy was right.
old man: whaddaya wanna watch?
Jill Remez: bitch we're watching Passions!!! i learned my magic from that soap. i'm a bruja!!! i can turn you into a Muppet!!!
* FitBit: this isn't about exercise, it's about life.
dj: Human Resources just informed me i can't wear the Hugh Hefner smoking jacket anymore...
Flight of the Conchords: nobody got us. we were supposed to be about trains.
Dance Dance Revolution: we never taught anybody to dance. we just gave people broken ankles.
we play soccer on English countrysides.
Leah Vernon: i am NOT Lizzo.
Phoenix: you can only pole-dance if you're wearing nine-inch heels.
the kiss doesn't count unless you're at the beach and the wave crests over your bodies smacking both people in the lips.
cheap roller-derby shot, the clock said 0:00.
Phoenix: and suddenly this commercial becomes the living room from A Clockwork Orange.
* NBA
girl in bed: don't open the drapes, i'm a vampire!!! i said i was a fan of the PHOENIX Suns!!!
Djokovic: i'm a fan of the Denver Nuggets, can i play in the U.S. Open now?
Magic Johnson: can i make this Lakers season disappear?
Knicks grandma: bing bong.........BRING BACK Mission Hill!!!
Woj: for the record, i did not come up with the turn-of-phrase Woj Bomb...
Mister Cartoon Machado: i know we're all part of the Modelo family, but i don't do Damian Lillard Dame Time back tattoos, i do my own stuff.
Lakers fan: okay i'm here. i came to Hot Dog on a Stick Giant Donut with this steampunk umbrella, where's Angelyne?
Greek Freak: are you taking a picture of us?
waiter: *John Astin smile* is that okay?
Greek Freak: but you're Giancarlo Esposito.
CLICK HERE FOR NEW YORK VS. BOSTON
happy weekend, my babies
TOMORROW: i'm finally gonna do it. i'm gonna put Taco Bell breakfast sauce on lunch, i'm gonna put Taco Bell Breakfast Salsa on a regular crunchy taco.
Posted by the late phoenix at 3:48 PM No comments: 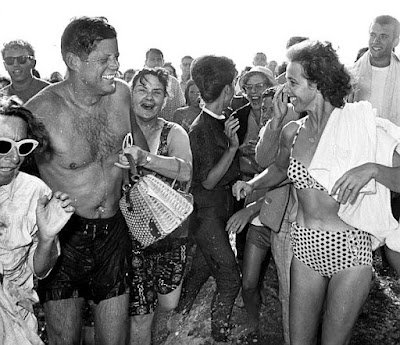 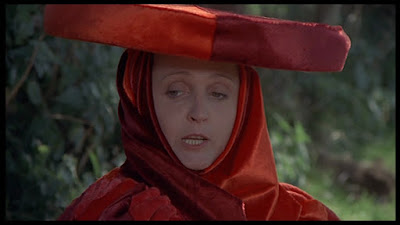 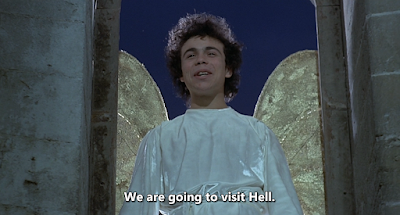 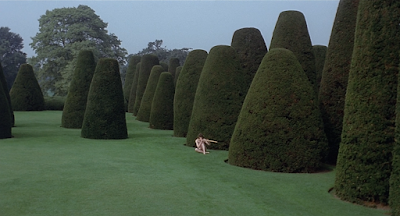 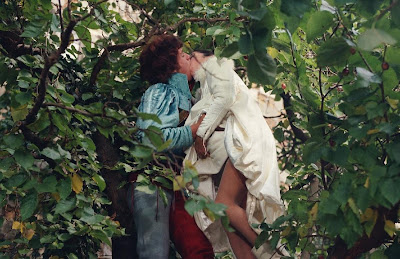 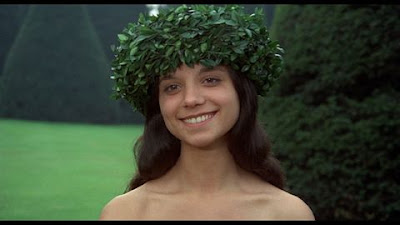 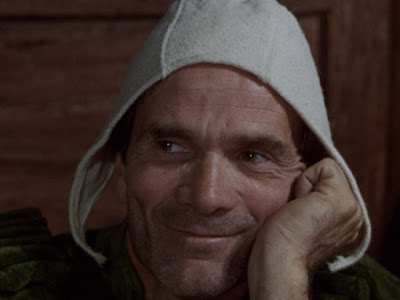 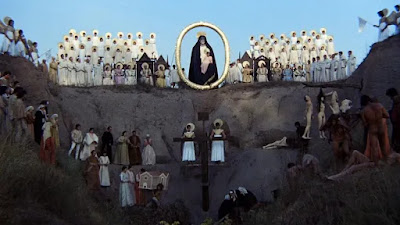 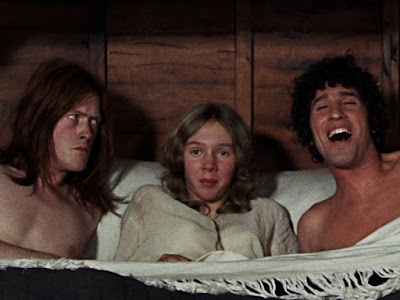 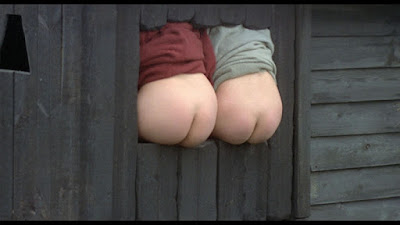