DIETRICH AND CHAPLIN: THE FIRST COUPLE-GOALS 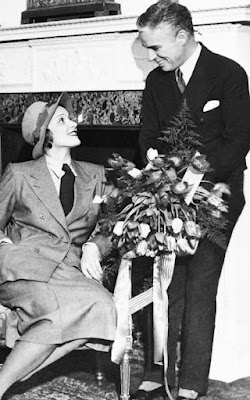 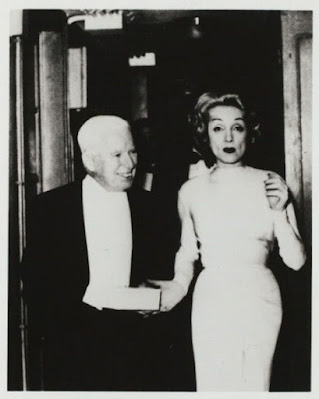 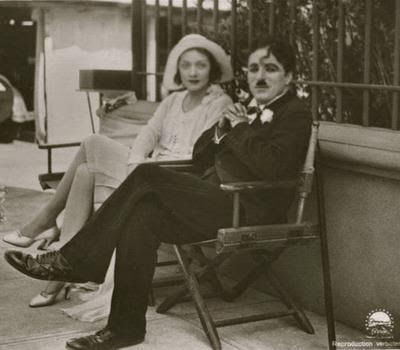 notes:
* Gladyce: i cut my spell-finger fetching the paper sugar-packets YOU throw in the trash EVERYTIME, I'M the one who has to transfer them to the recycling bin, i nicked my finger on the sharp black-beans tin lid.
Doryce: i am SO sorry, dear, will you EVER forgive me?
Gladyce: don't you know how to recycle?
Doryce: yes but i was distracted by all the farts from the black beans i ate.
the next day
Doryce: I CUT MY SPELL FINGER!!!
Mardith: sorry.
Doryce: DON'T YOU KNOW HOW TO RECYCLE?!!! you NEVER put the sugar packets in the TRASH!!!
Doryce: i'll get over this but i need a week. i'll be in an angry huff for a week.

* Majordomo Rib: Adam wishes...
* Majordomo Rib: Adam wishes he was Devo...
* Takahashi: i'm going to the hospital.........don't worry, it's gonna be a SICK skateboard move!!!
* Majordomo Steakhouse in Los Angeles: it's weird cos we have the rarest steak in the world.........that is, the rarest steak that's cooked well-done. but it looks like we're located in the inner city, in the ghetto...
* Hanks Kerchiefs: competition for Melissa Maker Towels
* Justin Trudeau: i got a phoenix tat on my upper arm, i got inked on my shoulderbone, i'm NEVER giving up Canada!!!
* Puck from Real World: San Francisco: yep, that's me in the The Church "Under The Milky Way" music video...
* Enceladus: a lot of enchiladas are eaten on the surface of me, i'm a saucy Spanish satellite...
* the French Open: the PGA Championship of tennis
* chiliwood: cold chili. it's chili because of the chiles, not because it's chilly.
Norma Desmond with her crazy Norma-Desmond eyes: oh dahlin i know chiliwood, Hollywood is one COLD place...
* Alcaraz: i'm your new person. right? i'm your new boy, your new man, your new Sampras, your new Federer. your new all-around player you follow now as tennis moves forward, as the next generation ups. i pushed Djokovic around!!! i pushed Nadal around!!! i had those two legends panting and scratching their heads. that's sexy, man. that's sexy. call me Carlitos no matter how old i get. Carlitos's way.
* Church Lady from SNL: *smirk and smushed-up face* Church Lads? i don't trust the adults in charge of the Church Lads...
* Candace Cameron Bure: fine, i'm in the Exposé "Point of No Return" music video...
* Bank of America Merrill Investing: Museum
teacher tour-guide: yeah i'm a teacher not a tour guide. though this dinosaur museum is fascinating. i love looking at T-Rex bones for hours staring at those black hollow eyes waiting for the ruby to show up. hey remember when Cartoon Network did live-action? that one show filmed at this very museum with the teenage boy tryna be Nic Cage Jr.? investing your money is wise and all, but i've made enough money in bonds not stocks to bring Robin Williams back to life...
* Serena Williams: you have to be a superwoman to get by in modern society. whether you're a firewoman, a mom who drives from the back of the minivan, or a tennis superstar, you need this migraine medicine. it comes in a cute Alka-Seltzer packet. UBRELVY is so powerful Roger Federer is FINALLY gonna unretire this Halloween...
* Johnny Davis at the NBA Draft: i'm like a combination of Steph Curry, Seth Curry, and one of the Balls.........don't get too excited, the Toasted Cheddar Chalupa at Taco Bell isn't a new thing, it's just coming back.
* Carl's Jr. Primal
Phoenix: me being a prehistoric creature i can relate to these cheetah dinosaurs running around 100mph destroying all the Carl's Jr. and Hardee's roofs. i don't like this commercial just cos the blonde in it is, like, INSANELY hot.
blonde: i don't think the velociraptor is here for the burger.
Dan Cortese: wait, let me finish the new Primal Burger from Carl's Jr.
blonde: so you can get your strength to punch the velociraptor in the nose?
Dan Cortese: no, i just like eating slow, taking the time to enjoy it, to savor all the meats. look, i didn't get Red Rocket, i got THIS.
CLICK HERE TO GET PRIMAL
happy weekend, my babies.
TOMORROW: the new Primal Burger from Carl's Jr. i need to start watching that adult cartoon Primal, i skipped it on first run cos i don't like blood and violence but those adult-swim youtube clips are getting me intrigued...
i mean look at those meats!!! look at all those meats!!! all the meats in the Primal Burger: hamburger, ham, burger, pastrami, Boar's Head, salami, salame, Salome, roast beef, and pineapple cos everyone knows velociraptors love pineapple.
Posted by the late phoenix at 4:35 PM