TMIT: WATER IS FALLING FROM THE SKY!!!! 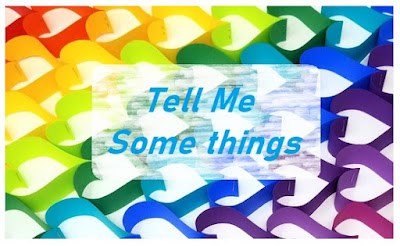 1. tell us 7 things making you happy right now and why they make you happy:
1. IT'S RAINING!!! IT'S POURING!!! the old man, me, is NOT snoring, i'm taking it all in, blessing it, meditating on it, swallowing it. appreciating air that smells clean for once, not rat-infested humid. hasn't rained in California in over a year: who's happy: firefighters, who's sad: carwash folk.
2. Invincible, have you seen this show? it's a cartoon with the reins off. as a writer i have gratitude for this show, when the producers allow us to fashion a script that is completely uncensored letting you say what you REALLY want to say, salty language, salty situations, salty intentions, without fear of banishment. imagine Superman but in the real world.
3. the GTO opening, i miss that anime, Hyde was in a band once...
4. i got my little white magic pills back! my VANQUISH. finally, not the weird Digital waveys in the purple bottle, the good stuff, the real freak stuff, the white pills in the white bottle, only 3 bottles left at Salinas Walgreens. thing is, i took one. then another an hour later. my head is feeling spacey and full of compartments...
5. i want to drink the rest of the Frappuccino Passport Series flavors but i'm scared. i STILL don't like chocolate with my churro, i like it plain and cinnamony.
6. Off The Air's back!.........apparently for just ONE episode...they still haven't done Water, let this California rain be an omen to them, it's a sign to finally check that box with a blue check.
7. i finally get it. i realize. i appreciate independent film, i honor independent film, PBS-style film, i FEEL independent film. REALLY independent film, the type of short film that needs to be B&W cos color's too expensive. the type of film you send out 10 scripts to people knowing you're gonna have to recite all the monologues yourself. did Steven Spielberg start this way? like you envision this massive scene in your head but you realize you have no actors and your ipad mini. i think more than having a movie i just want to have friends.
2. tell us 5 things you learned last week:
John Oliver is British, Adam Driver's in the witness-protection program, Rami Malek and Pete Davidson do NOT look alike, Bert Simpson is a professional skateboarder, and Melissa Villasenor does a better Kristen Wiig than Kristen Wiig being Kristen Wiig
3. tell us 3 things that stand out for you in 2021:
Crouching Tiger, Charlie Brown finally selling his first glass of lemonade, and covid being over just in time for the next covid...
BONUS: what is the #1 thing you cannot do without in life?
the blogspot password
CLICK HERE FOR TMI TUESDAY
Posted by the late phoenix at 12:35 PM

Saturday Night Live still amuses me, but since I watch it on Hulu late Sunday morning and usually fast forward through the musical guest segment it just tells me I am an old 💩

SNL this week!!! Jason Sudeikis comes back home!!! what will that Ted Lasso sketch be like!!! and it's the Halloween episode!!!