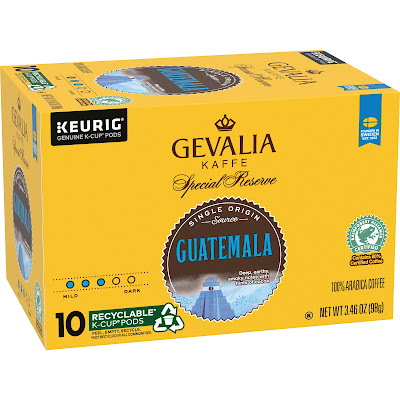 notes:
* Gevalia is the Grandaddy of them all. nothing smoother. has the best NOTES. Guatemala is an EXTREMELY rare crop. even rarer is trying to find the real Illuminati pyramid on Earth.
* Danny Kaye: i would have made a good Willy Wonka...
* wait, Summer is 2 months now? school starts back in AUGUST now, not September!!! when the FUCK did this happen?!!! how long have i been out? how long have i been gone? oh the HORROR of that prospect...
* Progressive
Jon Hamm: this fake pipe just burst on me. i can't smoke dope now.
Flo: i find cardboard TV offensive. television should always be real.
Jon: but it's a BIG cardboard television screen.
Flo: why is Mariska Hargitay your personal assistant?
Jon: she's from Pennsylvania.
Flo: i can't love you, Jon, i have sex with insurance.
Jon: we've both been diagnosed as clinically insane by Charlie Sheen, WE'RE PERFECT FOR EACH OTHER!!!
Flo: maybe we're just two actors, you know?
* oh that Taco Bell Breakfast Meal looks good. god why can't you serve breakfast from 12 noon-6PM, then my life would be complete, no FOMO.
* Kohl's: don't let inflation win.........DeSantis won't be AS bad...
* Gap KIDS: everyone belongs. just don't eat one of those two golden monarch butterflies, those things are endangered. and why did we film this at the Almost Famous ballroom?...
* Humana crones
Sadie: this is Commercialception.
Marie: how do you mean, dear?
Sadie: this is a commercial about MAKING a commercial where all the actors ARE actors trying out for the part in this FAKE commercial.
Marie: i'm too old to think such thoughts, my head will explode.
Sadie: do all studios have audition rooms with five clocks showing the times in Tokyo and London? is this a news bureau?...
* Nissan
Brie Larson: we took a 180 into the Empty Quarter.........and were never heard from again.........Nissan is a coffee company...
* Hyundai Palisade County Fair
kids in the back: this is too cheap to be Pacific Palisades.
mom: do you have any healthy options to eat here?
dad: just Smucker's, wink wink, you hungry?
carny: did you catch that? i served them the food and then i also rid with them on the whirly and vomited my own food i served.
* LendingTree Linda
Molly Shannon: BRILLIANT COMMERCIAL, i wrote it myself. flows off the tongue like an SNL skit. a GOOD SNL skit.
Lorne Michaels: ...
Lorne Michaels: you're not coming back, you're too old, Molly, i can see your wrinkles.
me: okay LOOK at that diner!!! i WISH my Denny's looked like that as spacious as that!!! that diner combines the cool local charm of Don's Plum with the corporate warehouse space of a four-lane four-story Taco Bell drive thru.
* Danegeld: the first protection racket.........AND the first mob hit cos you got crushed by your own runestone if you didn't pay.
* badmintoner: i'm a badminton player.
badmintonor: i'm from England. we ALMOST got it to Come Home back to England at the Commonwealth Games...
* Grandma's Kitchen in Monterey: so the U.S./Wales matchup in the World Cup will be the day AFTER Thanksgiving, that's PERFECT. everyone spends the day after Thanksgiving doing NOTHING, coming off the high of the meal, working off their new gut, so vegetating for 5 hours in front of a screen watching a football match is the ONLY thing you can do. after you eat your Thanksgiving meal at Grandma's the day before of course...
* Ella's At The Airport: airport lounges are depressing, there's always an AIRPORT BAR where you can drown your troubles away, you can drink your sorrows away because inevitably you're at this particular airport saying goodbye forever to your one true love because you couldn't convince them to stay...
CLICK HERE FOR BAD-VIBES BOOZE
happy weekend, my babies. go to In N Out Burger this weekend and get the Flying Dutchman on me cos i'm Dutch. but they won't be open cos inevitably it's some sort of Christian holiday. so go to Grandma's Kitchen instead. don't get the burger there, if you're at Grandma's Kitchen you gotta get something with GRANDMA in the name, get the Grandma's Super Stacked Sandwich or something...
Posted by the late phoenix at 4:42 PM

Danny Kaye. What a sweetheart.

School in August? Whaaa??? That can’t be right…

Happy weekend, my sweet! Love ya!*)

i love you, mah dahlin, you're the only one who reads my stuff.

Danny Kaye has that brilliant cartoony face, he looks like he leapt out of a 1920s Dick Tracy comic.

IT'S TRUE!!! August is the new start date for most kids now. i can't think about it anymore, i'm starting to get clammy goosebumps along my elbow.