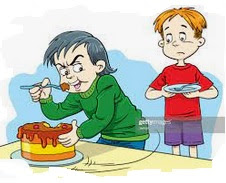 1. tell us about something you absolutely will not share:
my Subway sub, especially now that Seth Curry tells me about their new Seasoning and Vinaigrette Butter. that's what i'm getting TOMORROW. it's the only way to unite the commercials back again into one commercial with eleven celebrities. if i share it it's shared.
2. what is something you do not like to share but will begrudgingly do so? my love for Animorphs, i like to keep that on the down low.
but i cannot contain my excitement any longer. no more bottles. i cannot wait to watch "Changes, Part 2" tonight. i haven't been this hype looking forward to a tv show since that episode of Dallas. it's the school-dance episode, too, the series finale, can you believe this amazing show lasted for just one season, one year, 1999? seems like it went on forever. gonna save Part 3 for tomorrow as an after-writing treat. this three-episode arc was like Nickelodeon's version of Melrose Place.
3. what tradition makes you feel at home?
Christmas in July
4. what act/words/place makes you feel sexy? the Olympics
did you see that mixed-doubles table tennis final? that was more tense than Wimbledon! Japan FINALLY ends China's generations-long dominance in the sport. on their home soil! can you IMAGINE what the atmosphere inside that stadium would have been like if there were, you know, fans?
and then you have the boutique sports, stuff you're never gonna see anywhere else again for another four years: mountain biking, whitewater rafting, surfing...
be honest with me now: did you watch the World Championships in Mountain Biking last year? what channel were they on?
5. rank the following in order of compatibility you think you have with your significant other:
1 most, 5 least
emotionally: i'm good with my emotions, i intuit them for my writing. but i'm not as good as Ax from Animorphs.
intellectually: people told me i was smart. but then i went to college. it wasn't the classes, it was the anime that did me in.
spiritually: i was heavily Roman Catholic till i went to Berkeley. i became an atheist the moment that first drop of Frappuccino hit my tongue.
financially: i've been poor all my life. by choice, i'm a writer. if i pay for all the damage on my roof i will have a roof but no house under.
sexually: i was THIS close to having an angel's threesome at Berkeley but God said i couldn't cos i was an atheist now.
BONUS: if you had a 25-hour day what would you do with that extra hour?
i need to move to Iceland!!! 4-Day Work Week!!! among other benefits. like those mountain mud baths and suddenly after 100 years they're good at soccer.
CLICK HERE FOR TMI TUESDAY
Posted by the late phoenix at 2:20 PM

Since I am entering my second childhood I may just have to put that Prime membership of mine to good use and binge Animorphs.

YES!!! PLEASE DO!!! i'm in the middle of binging all the episodes now! Rachel was everyone's first crush. and everyone is still wondering what the hell happened to Cassie after the show. Boris became a beefy Olympic weightlifter