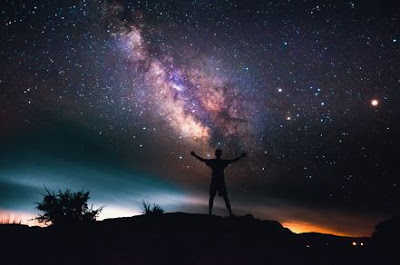 i mean people say they're in the Keir Dullea Fan Club but have you gone to every one of his opening nights for all his stageplays? even the Brecht ones?
Hank Azaria in the stands at the U.S. Open: what's the matter? tennis is too adult? you guys never seen The Simpsons before? i know, the show should have ended years ago, i give my extra money away to nine charities. i got a dusty Playboy Simpsons tennis pinball machine from the '70s in my garage i'm looking to unload, spin on over to the cobblestone grotto later tonight. no i'm not doing the Moe voice!
1. in what way is creativity just like sex?
i use my creativity as a replacement for sex. i've written four international bestselling novels but i'm dry as a bone. would i give it all up for one more balls-draining supersession? ask Ernest Hemingway. JK Rowling has said in interviews that her one regret in life was not being able to fuck Hemingway in a barn.
2. what important successes have you had in life that people just don't know about?
the fact that i'm still here is a miracle. i've been through so many impossibly calamitous circumstances the fact that i'm not dead is a blessing from the serpent. i spent ELEVEN years locked away in a dusty box.........turns out that was my hermit cell and i didn't understand monasticism as a novitiate.
3. what do you like more, being a leader or a follower?
i need to be a follower to get a famous celebrity attached to the project. THEN i can be a leader and write the dang script. with several boldfaced names in mind!
4 if you could send a message to an alien species what would it be?
please return the Black Monolith to its rightful owner: HAL. that's actually a giant black microchip that keeps HAL from not wanting to open doors. Dear Black Monolith: do not land in Utah, Arizona, or Clint Eastwood's lawn. instead lodge into Evan Hansen's brain.
5. have you ever been happy that you lied?
i've been depressed my whole life, even before i was born, so i've always faked it and pretended i was happy. i get especially vulnerable during the end of things. when i'm watching the end credits of a Criterion movie in a darkened theatre you best believe i'm crying under the popcorn. that feeling just after having watched the very last Animorphs episode, well friends, that's a melancholy i hope you never have to endure.
BONUS: what can you do that no one else can?
i can write a monologue for you. no matter your personality type. no matter how you behave on Earth i can write a monologue that you can deliver on stage which will perfectly encapsulate your quirks and idiosyncrasies. do YOU want to be in my movie?
CLICK HERE FOR TMI TUESDAY
Posted by the late phoenix at 1:06 PM

COULD you write a monologue for me? I would then draw a comic of the monologue for you. For stage presence, I would be under a black drape as you would find when viewing Victorian photographs of mothers holding their babies. I would need to find someone else to read the monologue, unless you are searching for a voice what sounds like Fran Drescher meets Frances McDormand in Fargo. I dunno, just spitballing here... looking forward to your movie!

Toonzie: oh hi. sure! okay but i'll have to write it first, give me a few weeks to conjure something up, i'll use the Victorian goth mom theme. i want you to recite the monologue if you want, this project is a series of monologues from all my Instagram friends, it's better if it's not all pro actors, gives it a more realistic natural cinema-verite documentary guerrilla feel

You mean that monolith that Bill Gates has cut up into billions and billions of little microchips and wants to inject into everybody's arms.🤣 Needless to say them pod bay doors ain't ever going to open up again. Ya'll had your chance.

smu: Anais Nin was the baddest woman on the planet, she could have gotten away with using her given name not her stage name