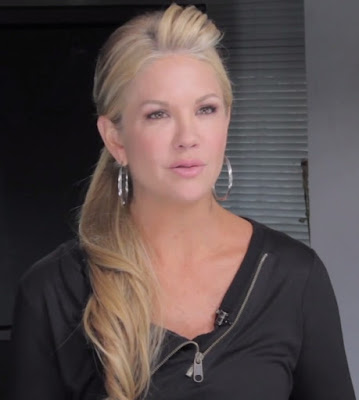 * kept her divorced man's last name, made it her own show-business stage-name, you go girl!

* full disclosure: this is the only country song i've ever liked

* the whole world singing in unison: we're walking in Memphis...well no we're really typing in Memphis looking at our screens not looking where we're going and we ...JUST!...barely missed that steel maypole in May hidden by the weeping willow

* American people: are you running?
Mark Zuckerberg: *sweating* i'm not running from anything! how do you mean?
populace: no, are you running for President?
Mark: well yeah, it's a good way to hide things. that's what power is all about, right?
publis: we want a tri-ticket with you, Oprah, and The Rock, we will vote for that. THAT is change.
Mark: facebook groups is kinda an oxymoron.
people: facebook made everyone get back into their groups?
Mark: no, being on facebook makes it painfully obvious you are alone in the universe.

* college roommate: i've never had a roommate before, i'm scared. lie down on this carpet with me and take off your shoes.
other: what exactly are blue-suede shoes anyway? like shoes with blue polish?
roommate: yeah. we have a final early tomorrow morning but let's put off the unpacking and just sing together, it'll bond us the rest of the semester.
other: i don't do unboxing, i do the Dew. oh yeah, like those shoes the Smurfs wear which are really just extensions of their bodysuits.
roommate: hey...wanna huff shoepolish with me all night?
other: bond?
roommate: no, i'm broke.

*California Motel: hey stranger, we don't take kindly to your kind in these parts. you in California now, patna. where the ganstas live. take your cowboy hat and your touchdown and get out of my country.
Sam Elliott The Stranger: is it a creamsicle or just an orange-flavored popsicle?
California Motel: it's called Popsicle Pie, you'd know that if you were from around here, the artists won the election, hop the wall and neevr speak of this again.
The Stranger: fine i'll leave, but you have a bear on top of your sign, fair warning.
California Motel: hey, The Stranger is The Dude's father, right?
The Stranger: a horse is a horse of course of course...unless it's a Belmont horse or a Santa Anita horse in which case it's an invisible horse...

* there is nothing, and I mean NOTHING more filmic than a too-brightly-lit gas station at 3AM in the morning. right? it's like ANYTHING could happen there, the dramatic possibilities are ENDLESS

* piano player: it's just not the same, a synthesizer ain't a baby grand.

* truck driver: girls can be truck-drivers, too.
God: who says? what are you delivering, Cabbage Patch Kids with beads in their hair?
truck driver: sure, that's how you get credit for all the kids, i deliver them!
on the side of the truck: STORK SERVICES

* Demi Lovato: i'm okay, fam. i'm doing my Britney exercises inside the asylum. i have one hour to drive around Rodeo Drive. to get an ice-ceram cone and whatnot. Wilmer will realize he made a mistake and beg for me to take him back. why is it a downpour?
soaking-wet cop: who knew that simpleton foreigner was actually a cool suave dude underneath in real life. ma'am, you're in Miami! how the hell did you get here?
Demi: Noah's Ark…

* hi, i'm Mac Culkin's younger brother. Kieran. i'm like Mac without all the stuff. i won a regional bowling trophy. i haven't had as much to say on pop stars, but i do want my Asian babe, too. i like Charleston jazz...

* Prince lives in dance. dude was a unique singer, but nobody danced like Prince. like imagine Mick Jagger holding a guitar...

* hi, i'm Pokimane...three years on after the whole youtube-culture thing collapsed. i keep myself buoyed by memorizing the comforting lyrics to the Red Hot Chili Peppers song "Under The Bridge", i hum it to myself each night under the covers. i sleep on a park bench. hey, remember in the '80s when all the corner markets would cover all their windows with huge rolls of white paper advertising in red letters all their half-off meats, cheeses, and fish? paper over with prices. like you couldn't see through any of the windows, the windows WERE this white wall-to-wall wallpaper of sheet-papers of savings.

* i can't sing unless the car door is open

* Irish pubs will never be the same

* hey, if the other side can have the Naked Cowboy, i can be a man in a Statue of Liberty dress.

* group man: hey thanks for the homesickness, i miss Memphis.
group woman: what are you doing in Times Square?
group man: i'm crazy. so i figured i'd come here...don't worry, i won't steal any of the jewelry, i already got my tiara.
group girl: thanks, i miss home, and this song helps.
group woman: what are you doing in college? how old are you?
group girl: isn't it obvious?

happy weekend, my babies.
TONIGHT: Warriors go down 1-3, Durant comes back and leads them all the way back to 4-3, promptly leaves for the Knicks, kicks Dolan out, becomes President, and bans Drake from entering the country for life.
Commissioner Adam Silver: banned for life, i like your style.

Posted by the late phoenix at 3:53 PM