ANCIENT EGYPT WASN'T THE BEST, IT WAS JUST FIRST 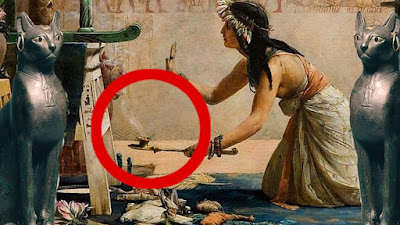 what are we to make of all this then? i told ya! we're gonna have an NBA Champion before a Belmont Champion! notice how i didn't say Triple Crown Champion. nah, LeBron wouldn't go out like that, right? this has gotta be a pride game, Tyronn Lue the Lu doesn't get nearly enough credit. he's not a Bad Lieutnant, it's just what are you gonna do when it's just LeBron and some scrubs? Tyronn has to clear the bench, use EVERY SINGLE man on the roster, the subs and those not-yet-signed from Europe. he's gotta use SIMBA if need be! SCAR!

would Michael Jordan be able to win an NBA Finals all by himself? yes but only with the help of BUGS BUNNY.

i noticed something which makes me very sad. it's gonna be a long boring cold lonely summer. after this weekend, there's nothing going on. no sports. and because the tennis gods deemed to have a longer like taffy separation from French to (S)Wimbledon, we gotta wait longer for the Fortnight with no more mead at the tavern. why do the gods hate us so? is it cos we don't play sports?

here's the central concern. if Justify does it---smooth gallop notwithstanding---and Justifies his existence, that really starts to sully the Triple Crown. makes the cup less buffed around the rim. the Triple Crown should be hard, it's SUPPOSED to come around once every FORTY years. if it starts to happen every other year like the Maryland 1000-year-floods, it might as well become a participation trophy. or like one of those trophies handed out every year like the Stanley Cup, go ask Ovechkin right now. btw it's confusing cos there's Ovechkin and then there's Ovie. don't wake the bear, don't hit the goalie before.

American Pharoah MY TUT it's still annoying to spell that incorrect name correct! i've forever forgotten how to properly spell pharaoh which i need to do or i won't be granted access to the golden kingdom upon death. make sure you don't remove that coin and rolled-up papyrus paper with instructions in my mouth as a selfie joke. don't go tell it on the mountain nude when that mountain is a Maori mountain. what becomes of American Pharoah? he becomes just another horse. forgotten. in the dustbin of carrots and sugarcubes and lucky horseshoes which how can a horseshoe be lucky? they're painful on the horse. i mean at least when you google-search American, Pharoah comes up first before Psycho. but for how long?

get that movie made of American Pharoah before the studio funds run not gallop dry. they only had enough to make the Secretariat movie? come on, Disney, that's why you secured the Star Wars money. to make more talking-horse movies.

see American Pharoah got his cut tail fixed, it's long now, luxurious and shampooed and conditioned, he got plastic surgery, he's not the same unknown horse we fell in love with, he never will be again he went Hollywood.

which brings me around like a horseshoe bend to this: Tiger Woods is good for golf, NOW. see? are the Golden State Warriors good for basketball? see?

CLICK HERE AND I DARE YOU NOT TO PICK JUSTIFY

don't trust the live odds, trust the brain trust. don't trust your own brain, trust the pretty flying colors. see you Sunday and here's to camaraderie in a world of cold carrots. share a piss with your neighbor. will you call me on Monday?

what we need more of in this world:

Fairo is the new Pharaoh.

YOU CALLED ME ON MONDAY! I LOVE YOU, MAH DAHLIN!!!