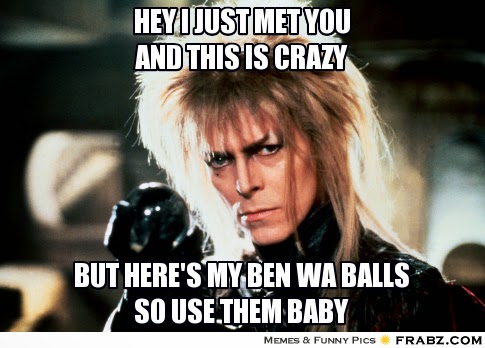 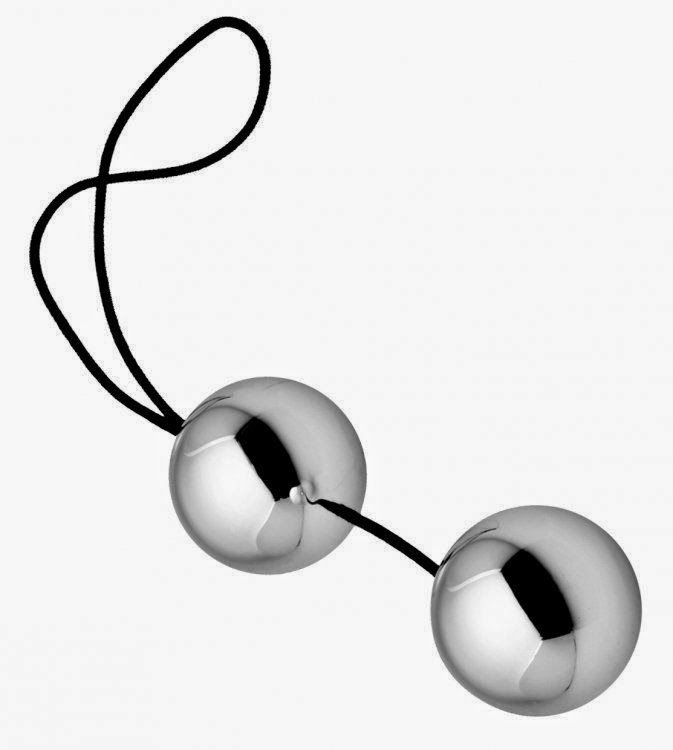 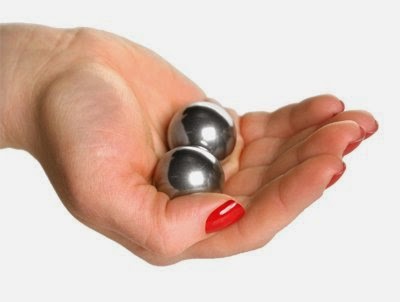 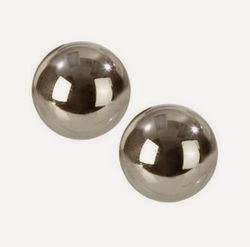 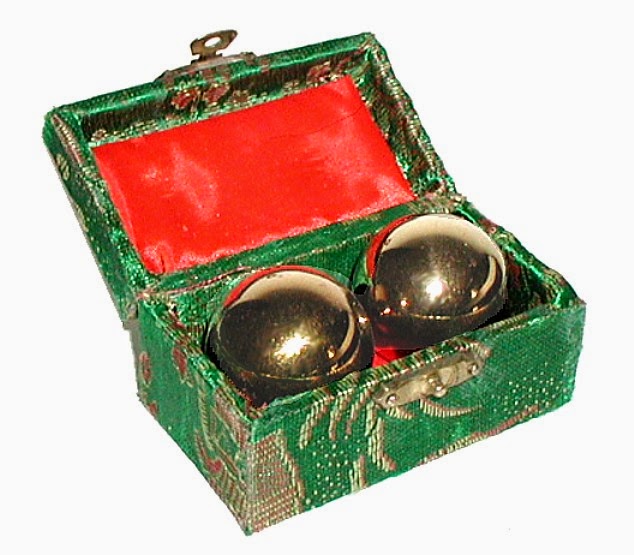 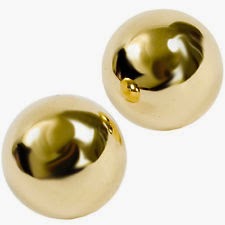 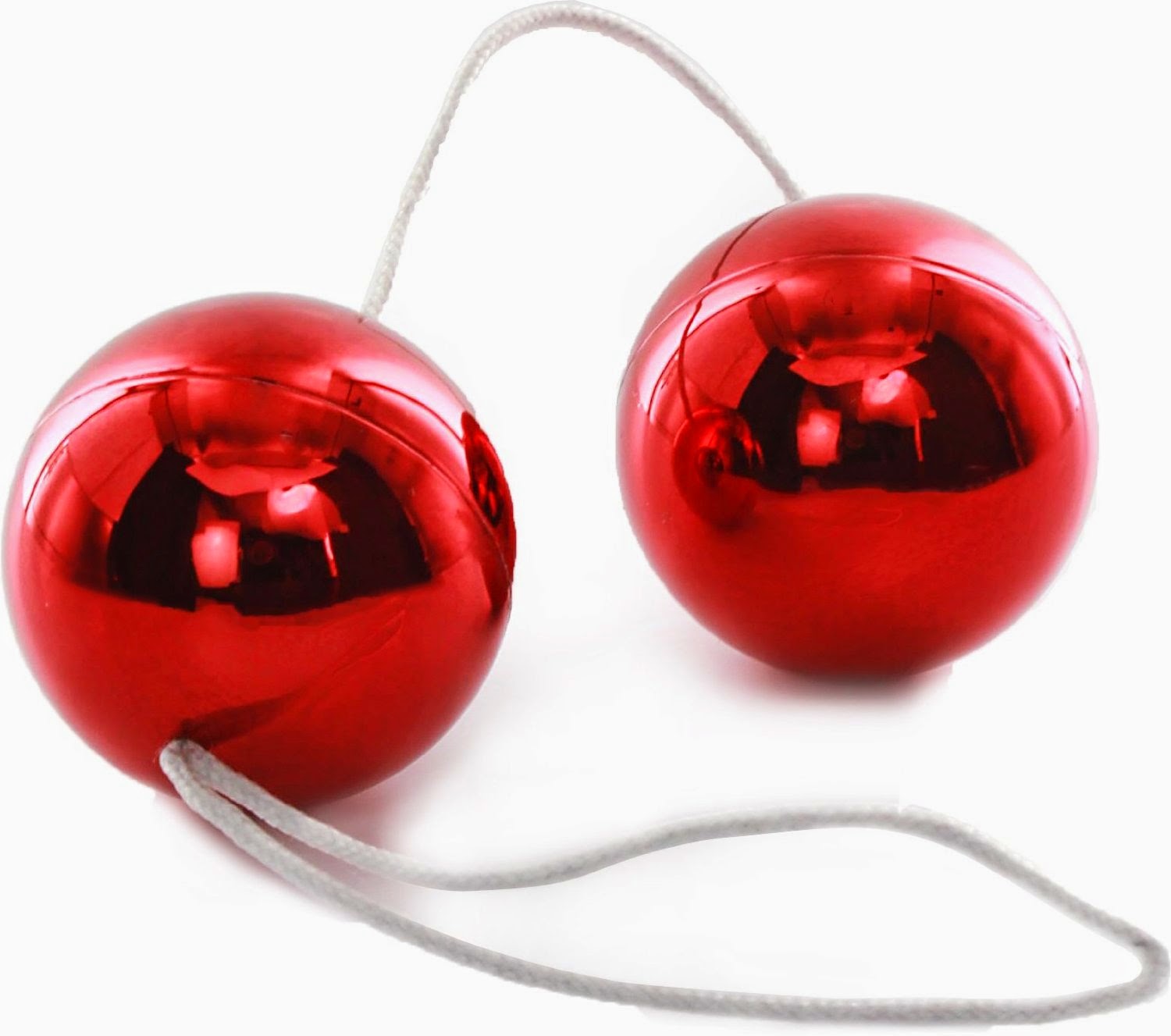 1. a person of sexy whose sexy you admire says to you "let's do something wild together." what do you choose to do? world peace.

2. Whip Your Vagina Into Shape. sounds hot, huh? but it wasn't what everyone thought. anywho, how do you want to get your pussywhipped into shape?

true story: i was eating my brown bag lunch on my first day at the new job, outside by the breezing patio. dude comes up and sits by me with his cheese and crackers. tailored shirt, not a hair out of place. he says his name is Ben. as a joke, i told him his last name couldn't be Wa, could it? it was. it was. rather than be awkward, it strengthened our bond. ironically, during the remaining minutes of our break, it was i who introduced Ben Wa to Ben Wa balls.

3. when in a relationship, how do you get free and some "me" time alone? i tell my hand that we had our fun, but it must be a professional: only holding things like pencils and smashing buttons on computers and video-game controllers from now on.

4. which of these cause the most grief and fighting between you and your SO?:
a) in-laws
b) stepchildren
c) finances
d) housekeeping

i've always felt like the ugly stepchild so i have an empathy for children of the step. i formed a hip-hop collective stepping troupe, we danced at malls and stuff until the Santas got jealous and booted us out with their heavy black boots. this causes fighting cos i'm never home.

a) dramatic exit: pissing and moaning and venting to your ex over everything she did wrong.
b) coolly and upfrontly letting her know it's not working out.
c) slowing down the mutual time, easing out, fading away, disappearing forever without a word.

C is my style, but i would NEVER break up with someone, that pain is too much for a human soul to cope with. i'd stick it out through the rough waters, especially if she's hot, letting her be the captain of the ship to my deckswabber with the striped shirt. the rest of the peg-legged fellas would join in the communal beer and round-singing below deck, but i'd be up high atop the crow's nest alone staring at the moonlight, talking to myself, wondering if i'll ever be good enough to swab her deck again.

6. break-up text, there's an app for that. it's cruel, cold, and just 99 cents. none of you would ever break up via text, but if you did, how would it read?

bonus: would you like you if you met you? it's not about the liking, it's about the scientific discovery. you don't like everyone in your office but you make do. not everyone can be Ben Wa. do you think Einstein liked the people he worked with? they were probably all backstabbers leaping at every opportunity to steal his ideas and get them published before he could. clones are big business, click on my profile pic to get started with your patent, just 99 cents upfront...

You had me at "swab her deck". Actually, you have me and might be stuck with me forever... ;-)

now THAT is a beautiful eternity, cheeky my beautiful!

Cheeky is right. I stopped reading at swab her deck and disappeared into a Captain Pugwash and seaman staines cartoon....*)

juli: my favorite character was Finger the Mermaid *)