TMIT: DEEP SPACE NINE IS BACK ON BBC AMERICA!!! 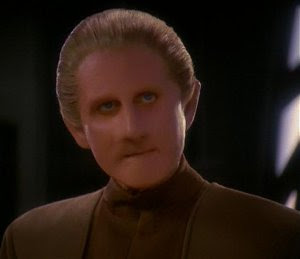 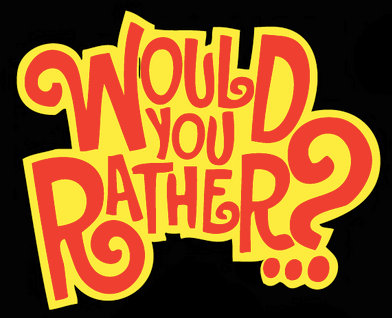 where it rightfully belongs. its forever home planet. in tribute to the eternal bi-alien love between Odo and Kira. till death do them part, but no one ever really dies as Star Wars teaches us. even if one of them does dies, Odo can just shapeshift again and get out of it. an unbreakable bond these two have, a forever love written in the syndicated stars...

1. would you rather have one nipple or two belly buttons?

two belly buttons so when the schoolyard bully comes at me with, "are you an innie or an outie?" i can assert, "both". he is so taken aback the bully removes his eye scar and he transfers to public school. and i score the alien babe who secretly teaches us P.E. and uses the kickball diamond as a staging area. this schoolyard is located in the PhD department...

one nipple so all my Total Recall Green Bay cheeseheads can all clump together from the cold after graduate school, and watch that Abigail Spencer sex tape where she exquisitely lithely lightly brushes her nipple with the tip of her finger like a pro.

knowing me i'd get stuck with the least desirable option: wanting to be followed by Trent Reznor and watched by Sting but it turns out nobody is there...

3. would you rather have sex in a cave frequented by tourists or sex in a tree house in your parents' back yard?

i'm in the cave, i get a call. the call. THE CALL IS COMING FROM INSIDE THE CAVE!!! it's the Hall of Fame fat guy in a beige sportcoat, he tells me i've finally been selected as an official member of the Playboy Club. i should be overjoyed and ecstatic---my lifelong dream has been achieved---but it's just not the same that Hugh is not the one presenting it to me. i'd even take shaking Hugh's blue-hologram hand. and then it hits me, i turn around and notice all these cave babes are actually mermaids. i look at their tails instead of their eyes. it's not quite an Adventure Time revival but i'll take it.

second option is what the Simpsons children did with their gradeschool sweethearts after they realized they never grew and were actually 30 freakin' years old!!!

look, let's face it, social media has permanently destroyed the world. we shall never trust each other again.

5. would you rather get one free round trip international plane ticket every year or be able to fly domestic anywhere for free?

i'm sorry but i don't trust travel agencies. i will only go to the Caymans if i get that coupon from Burger King that i won their Caymans Contest With The King. i have never understood round-trip: why the HELL would you ever want to go back home!!?

Posted by the late phoenix at 1:50 PM

I have a thing for belly buttons but I am not sure a girl with two would be more attractive.

If some is following you aren't they watching you?

Treehouse. I am sure I have already do something similar.

I could do without social media! Although I do enjoy looking at all the models on Instagram.

Free domestic travel for sure!

exactly, my friend, I am constantly contemplating leaving Instagram but then morning comes and after the update BOOM first pic on the feed is Sasha Grey and you go, huh, yeah, okay, now I remember, I might as well scroll a bit now that i’m here...

Hello, my sweet - I’m back from my hiatus.

1: Two belly buttons and I’s have two belly button rings with a chain between them and I’d be the best belly dancer in the who’d wide world.

2: Watching, because they are,. They always are.

3: a Tree house. Parents can’t climb trees due to arthritis.

5: Free round international obviously! Domestic can be done by boat or car. Is this a trick question?
*)

MAH DAHLIN I MISSED YOU!!! just don't do the SNL hiatus which lasts for months

can I get a private lap dance of that? I need to learn how to feather my nipple the way Abigail Spencer does...

I want to travel with you someday, mah dahlin